The OP would like to know too. In fact I use Opera, and again it works ... sometimes. Today, for example, when I hover over tickers such as $PEO or $DIS what I get is the NAME of the Fund/Company and no more. Sometimes I see that, sometimes I get NOTHING and sometimes I see more. It is REALLY bloody frustrating. I DO get the full box pop up on Microsoft Edge ... but who with any Tech savvy USES Edge? And Firefox and Opera ARE "major browsers" and should be supported along with Edge, Chrome and Safari (presumably.)

Daniel/Seeking Alpha - First and foremost, thank you for listening and responding.

As far as I can tell with several checks, it appears that the problem has fixed itself. Yay! (It was definitely happening however, and given the changes to SA this kind of thing matters even more as note.)

However ... new issue. $BJK is an ETF that has been around since January 2, 2008. Yet no matter what you do on Seeking Alpha you only get Data/Price from May 2, 2016 which is HIGHLY misleading given the Vix of this ETF. Not the first time I've seen such a thing on SA either. So can someone please figure out why this is happening? Since I've owned it for many years I KNOW the data is wrong. Yes if one scrolls down far enough for several pages you will find articles from pre 2016, but noobs to SA or the ETF or investing may not realize this.

Thanks for paying attention to this kind of thing. It really matters.

Beginning to get pissed off: Why will you not FIX …

Hello guys. First and most importantly, THANK YOU for the reply(s). And yes: you're absolutely right. NOW I too see the information for $BJK. I can only assume someone saw this and fixed it, for which: thanks. I really has NOT been working for a while now - I am long/and follow $BJK among other tickers so I know this was true - and on two browsers. And I have no clue on why my earlier posts on this issue are either no longer there or unfindable?!  But regardless of how it happened, really glad this is now working! Thanks for the good work to whomever and hope you had a lovely weekend.  Alley 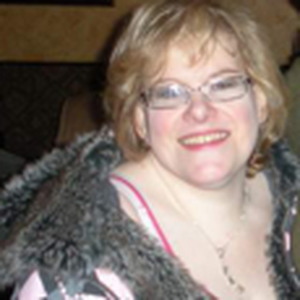