TOTALLY AGREE with you, Richard!

I myself did want to write quite a similar complaint on several occasions during the last 30 days, or even during a last couple of months. The situation with SA mobile app (breaking?!?) news notifications is becoming highly distracting and also irritating as well. This afternoon was just a very good example of the new practice with exaggerated number of mostly insignificant news, with those also being pretty much far from the regular or true breaking news!

As of last couple of Market Close notifications (the week April 23) all the usual and expected data is included again even on Android 9.0. Thank you guys! ;-)

Hello everyone! I also would like to confirm the Market Close (push) notifications have been missing the usual data for several days now! It means, at least in my case, there is no information about closing prices included anymore. There were no related changes in my portfolio however. I am almost sure the issue described appeared first time after one of Seeking Alpha (SA) mobile app recent updates, most likely in April. It's quite possible the issue could be related with speciffic and recent Android firmware update as well.

Few further and most probably important remarks and clues for the developers:

Hi Jacob, thank you very much for the clarification!

Now I'm on another bus, but heading home at last. 😊 Perhaps a good news for you, regarding the previously resent test notifications you have already been asking about before (WSB: Subaru etc.): actually I have received it a bit later on, there is certain delay, of course; its original timestamp is/was 06:23 AM and there was only one notification; so, it looks like you even might have been on the right track with debugging of the app there ... 😉

Yes, so far every received notification is just being duplicated. Even the additional ones. Btw. - I'm on the bus now, but not going home yet. 🙂

I have just received the latest, today's first couple of duplicated notifications. The attached screenshot (of original size) is from my primary mobile, Xperia XZ1 (Android 9.0):

Yes, this is correct. The other device I use rarely, but can check it out later on when I come home. That one (Xperia Z3) still uses Android 8.0. Otherwise I'm posting this comment from a regular desktop PC and via IE browser.

Hi Kateryna, are there any specific details you would be interested in in the Notification tab, if I provide you one (perhaps later on today)? In my opinion nothing special or unusual can be seen inside that tab: just two visually equal notifications that may or may not be separated by a Google ad. 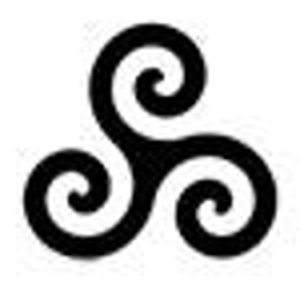