When is this getting fixed?  It has been over a month for a minor code change that shouldn't take more than a few minutes. Please guys change the orange to a  color that doesn't conflict with the "new" post flag.

Orange is for new posts. Please change the color of …

Yes!  I was going to start a forum on this same issue!  Drives me crazy!!!  Please, CTO, change the color of one of the tags to green or purple. Or gray for the essential tag.  The "new" tag should stand out for easy navigation!!!!!!!!!!

Annoying to say the least!!!!  I can live with the spamming though it greatly diminishes the quality of Stock Talks (in my opinion) but why the more egregious violation of terms? Here is the link to that  screen shot of  "Heisenberg Report" :

Here is the link to this particular spam post:

Here are links to his subscription advertisements posted on Stock Talks just in the last 24 hours:

I do not know if this affecting iPhone users  I use an HP desktop.  Nine out of ten of Heisenberg's posts on Stock Talks take me to a page with the following notice:

This usually follows a tease of the first paragraph of the article. Such as this latest:

"On Tuesday, Larry Kudlow told reporters in Washington that he and Trump have "discussed" the ramifications of the President's tweets about oil. I'm not sure what that "discussion" entailed, but what I do know is that the ramifications of Trump's Monday tweet were pretty dramatic. Whatever relief the market might have gotten from Sunday's OPEC+ meeting (where delegates tipped possible production cuts to counter plunging prices) was negated entirely by the President's thinly-veiled threat. WTI was already nursing a record losing streak when, on Tuesday morning, the news got worse for oil bulls as OPEC's monthly report found the cartel projecting deteriorating demand for its crude in 2019. Ultimately, WTI settled more than 7% lower, for its worst day since September 1, 2015. It's bad, you guys - it's so bad."

I don't see any other columnist/contributor who hustles Stock Talks the way Heisenberg does.

Thanks for looking into this, Abe 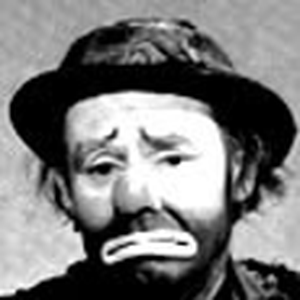